LISTEN TO THE LATEST EPISODE: Finding Your Why with Amy Adams

Do you have to be frugal in order to become financially independent? Although the answer to the question depends in part on who you define frugality, I would say that the general answer is no.

When Joseph and I first started our lives together, we also embarked on the journey to financial independence though we did not know it at the time. All we knew was that we were both coming to the relationship with mounds of student loan debt and smaller piles of debt from prior relationships. We wanted the debt gone so we put together a comfortable repayment schedule that left us plenty of cushion to do things like go out to eat regularly, go shopping, take small vacations, etc.

The only way to make financial independence happen faster, is to quickly save up a large enough nest egg to cover your living expenses. That means saving more, earlier.

There are two ways to save more. Either you earn more money or you cut your expenses so that you are able to save more of the money that you already earn.

It is a lot easier and faster to cut expenses versus going out and finding another job, so that's what most people decide to tackle first.

Joseph and I did the exact opposite. We focused on increasing our income before we even considered raising an eyebrow at our expenses. In fact, our household income had increased by $60,000 between raises and promotions before we started to question the spending leaks that were slowing our progress. As a result it took us five years to save our first $100,000. During that time we also paid off $20,000 worth of debt, all without being particularly frugal.

Getting on the Path to Financial Independence

In 2015 we got serious about financial independence. We slashed our expenses to the bone and bumped up our savings. Two and half years later we had banked another $100,000 and paid off $41,000 worth of debt. We also bought a house and had a baby!

Could we have reached those milestones without being frugal? Absolutely. It just would have taken us much, much longer.

But being frugal doesn't mean you have to live like a monk. When most people think if frugality they call to mind images of extreme frugality like dumpster diving and reusing ziplock bags. While there are other great reasons for doing both of those things (like conservationism) neither they, nor similar extreme practices, are required to obtain financial independence.

We like to take a more balanced approach where we use frugal and minimalist hacks to simplify our lives while still leaving room in our budget for the things that make us happy.

The Power of Frugality

Sometimes just one high-impact frugal change is enough to make a huge difference in your progress. For example, after doing a spending analysis, Joseph and I realized that we were spending $1,000 a month eating out on top another $1000 at the grocery store!

We committed to meal prep and to semi-frugalizing our grocery budget. That put an extra $1400 back in the bank every single month. That $14,000 a year in savings from one change.

$16,800 invested yearly with an 8% average rate of return will be a quarter of a million dollars in 10 years or nearly two million in 30. And that's the power of frugality.

But what if frugality isn't your style?

If you absolutely hate the idea of cutting back on your current lifestyle, don't fret. There is an alternative to being frugal. You could go out and make more money. To take home an additional $1,400 a month, you'd need to find a job making about $20,000 more than you are currently making.

Finding a new job that pays substantially more is doable. Joseph and I have done it several times over the past few years. But it does take longer than frugality because job searches rarely result in instant success. And when you do get that new job, you have to make sure that you don't let your expenses creep up to match your fat new salary. If you can, then this route is functionally no different than the frugality route. You will end up in the same place regardless.

Use frugality to turbocharge your money goals.

In the end though, frugality always wins. Because if you manage to get that higher paying job AND cut expenses through frugality, you will have twice as much available to save which means you will hit your goals that much faster..

So our advice is to embrace frugality as a way to reduce spending on the things that don't matter as much to you so that you have more available to help reach your other financial and life goals. Find ways to make it work for your lifestyle so that you can get more of your money working towards your financial independence.

if you plan to use an inbedded instagram feed peaste the imbed code here.
Then Delete the faux instagram gallery above this
Then on this module go to Advanced> responsiveness > and enable on all divices

BRINGING A BIT OF JOY TO YOUR SCROLL 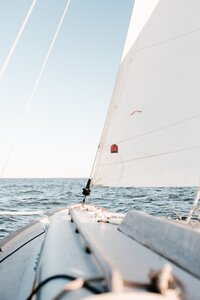 The Title of Your Lead Magnet Here

How to Invest Your Money & Start Building Wealth

Are you ready to learn how to start putting your money to work for you so that you can build wealth on autopilot?