Retire Early on Just A Million? How?!? 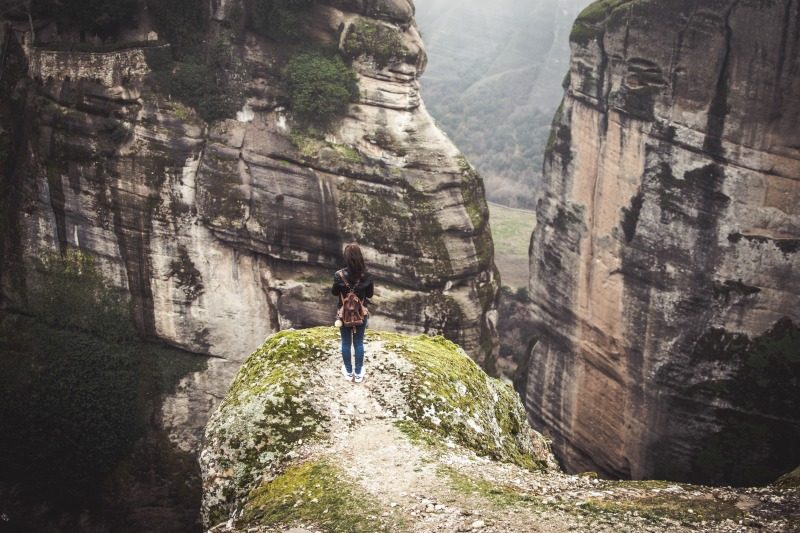 Joseph and I have decided that we want to be in a position to retire early if we choose too. We've talked about our plans in one of our older YouTube videos where we talk about how we intended to reach financial independence in nine years despite currently being one million dollars in debt. At that point we expect to have a at least of $1 million dollars in the bank.

When we published the video, we got a lot of questions. The most common was how in the world we intend to get that money out of our retirement account in our 40s without paying all kinds of crazy penalties. The second most common questions was how could we possibly survive on $1 million dollars for the next 40+ years of our lives. We're going to tackle that question in this post.

In order to understand how $1 million could provide a sufficient nest egg for people who want to retire early, you've gotta know the 4% safe withdrawal rule.

This rule basically says that you can withdraw 4% from your nest egg every year and you have a 97% likelihood of never touching the principle of your nest egg within 30 years. In fact, historically a retiree following the 4% rule would have had more than double their starting principal at the end of 30 years. This assumes that the nest egg is invested 60% in stocks and 40% in bonds.

This is great for traditional retirement, but what about early retirement which can last 40 years or more?

Experts suggest that early retirees should consider a more conservative 3% withdrawal rate to increase the likelihood of the nest egg lasting 40 years or more. We stick with the 4% rule because our early retirement strategy includes retiring on other streams of income–particularly our pensions–when we hit actual retirement.

Also, we don't actually intend to touch our nest egg when we hit financial independence. For us, it's more of an emergency fund–something we will only tap if some catastrophic loss happens. Instead, we hope to generate income from our own investments and small business that will cover our living expenses.

This is actually a fairly common plan for early retires. It's not that we want to stop working entirely. We just want to focus more on passion projects and being our own boss.

SO HOW MUCH MONEY DOES $1 MILLION GIVE YOU IF YOU RETIRE EARLY?

Using the 4% withdrawal rule, a one million dollar nest egg will provide $40,000 of income a year. I will talk more about exactly how we could live off of that sum below. First, I'd like to address one misconception that popped up a few times.

Several people took the million dollar sum and divided that by the total number of years of retirement to get the total amount they thought we would have in retirement each year.

One million divided by forty is $25,000. Not surprisingly, most people were skeptical that we could actually survive, much less thrive on just $25,000.

Those people forget that our nest egg will still be earning returns even in retirement. When people retire, they don't just take all of their retirement funds and drop them into a checking account that offers little to no interest. Instead, the money stays in the same retirement accounts they were in before retirement.

While the money itself doesn't move, the mix of the investment portfolio might change. During earlier phases of your life, you are focused more on wealth accumulation and have time to whether the ups and downs that come along with the riskier but higher return things like stocks.

As you age, you will naturally move more of your assets into saver investment vehicles like bonds. That increased safety comes at a price because the rate of return is lower. Remember, the 4% rule is based on a 60/40 stock/bond asset allocation (60% of your money in stocks and 40% in bonds).

It is hard to say today what we will feel comfortable doing as we get closer to traditional retirement age. I can say that it is highly unlikely that the money will just be sitting in a bank account earning almost no interest. So a simple dividing of one million by the number of years we will need the money is not the correct way to calculate how much money we will have. Instead, we will consider a 3-4% withdrawal rate and work from there. That's $30,000 to $40,000 year.

First and foremost, the most important thing to remember is that we actually have no intention of living off of this money if we retire early.

We expect to hit the million dollar threshold in another nine years. At that point, we are free to do whatever we want because the money is there for us to use to support our lifestyle if we so choose. That does meant that we have to use it. What it does mean is that we have a massive emergency fund to fall back on for day-to-day expenses if need be.

The next important thing to remember is that Joseph and I absolutely love our jobs. We are somewhat ambivalent about whether we will actually leave when we hit our million. We have toyed around with the idea of negotiating part time positions so we could continue doing the meaningful work that we both enjoy while also having more time and freedom to pursue our other passions.

This is important because we want you to know that we are not just banking on the million to allow us to bail from an otherwise desperate and soul-sucking environment. If work was that bad, we wouldn't wait for nine years and a million dollars to make our lives better. We'd start looking for new jobs now.

First things first, we most likely will have to pay taxes on that money. The overwhelming bulk of our savings are in pre-tax accounts. We are hoping to change that within the next year or two, but it's easier just to assume we won't in the calculations. Let's assume that we will still have to pay state and federal income tax. We won't have to pay social security and FICA taxes.

This budget mirrors almost exactly what our budget was when we lived in Texas. It's not a cushy or luxurious budget by any means but it certainly is livable. I know because I've lived on a similar budget for most of my adult life as long as I didn't have kids in daycare.

If you've read our monthly income and expense reports, you'd know that $3,000 a month isn't even enough to pay our mortgage much less support our entire household. We live in a very expensive area of the country where detached single family homes in good school districts cost an arm and two legs. Having lived in several other parts of the country, Joseph and I know that it's not like that everywhere. We are willing to relocate if we have to to make sure that we are able to comfortably cover our expenses when we leave traditional jobs.

Our actual current expenses clock in around $4,800 a month excluding debt payments and childcare, which will both be gone ten years from now. This is $2,400 more than the budget I quoted above but the lion's share of the difference is due to our mortgage payment which is $2,000 more than the proposed rent/mortgage above.

There are two options for tackling this. First, we can sell our house and move to a lower cost of living where we either buy another house outright for cash or with a small mortgage. Second, we can make sure that we have grown our other income streams so that they cover our current lifestyle. We are shooting for option 2 but are okay with also doing option one.

So to summarize, $40,000 a year can buy us largely the same lifestyle we currently have but in a lower cost of living area. We happily make that trade off in order to have financial freedom.

BUT WHAT IF [INSERT RANDOM DISASTER SCENARIO] GOES WRONG?

The bottom line is this: all we can do is plan and then adjust those plans as new information comes along. We are not counting on everything working out perfectly. Worse come to worst we work a few more years in jobs we love.

Besides, what's the other option? Do nothing at all? That would not lead to a better result no matter how bad our predictions turn out to be.

We can't predict the future. Things can and will go wrong. All we can do is lay our plans out and have contingency plans. In addition to all the other contingency plans I've already discussed, we intend to keep increasing the amount of money we save over time.

Some of that will happen naturally as the debts we have fall off or when Reeves starts public school. And some of it will be just old fashioned banking of every single raise we get instead of spending.

So that is the plan in a very large nutshell, for how $1 million will get us to financial freedom.

Financial Goals You Should Have in Your 30s

How to Pay Off Debt Without the Stress

We’ll send you  doses of life-changing inspo right in your inbox each week–everything you need to create the life you want.